feeling a little better about life after some discussions w/ friends and family over the weekend. I'm just trying to stay positive.

Steve and I went bike-riding again on Saturday, but I only made it about five miles this time. we got about 2.5 miles before I started to feel like I was going to die. so we turned around, and I ended up having to walk about half of the way back to the car. I dunno why my performance dropped off so much after just a week, but I'm going to blame the heat or the crippling depression. or both, maybe. yeah, let's go with that. Steve ended up going on after I left and went about ten miles total. good for him, I say.

after that I took a long, cold shower and then we went to the M:tG draft. I watched and took notes so that we could discuss it for the next podcast. yes, that is still happening. we warned you that depression could interrupt our recording schedule. please, just try to bear with me.

after that we went to my aunt and uncle's house for a picnic. everything was delicious and we had a lot of fun. I got to vent a lot of my frustrations and bounced some ideas around. also, there were s'mores. can't beat that.

then we ended the evening at Steve's house to try his pulled pork (which was delicious) and Kim & Dustin made smoothies (also delicious). we mostly just talked and had a good time, it was a nice, relaxing way to wind down the day.

today we went swimming in a thunderstorm at Dustin's parents' house. oh man, it was so nice. I haven't been swimming since they got rid of the pool at the Baltimore Marriott two years ago. it was worth the risk of electrocution. we swam for several hours and then went to Mama's for some lunch/dinner.

I've spent most of the evening gathering ideas for the Halloween party I intend to throw. I am pretty excited about it and have a lot of grand plans. hopefully I can stay motivated and make it really awesome. I have three ideas for a costume, not sure which one I like the best.

oh, here's my sketch for this week. we listened to Peril at End House this week at work and these are just my versions of a few of the characters. yeah, that's right - Agatha Christie fan art. 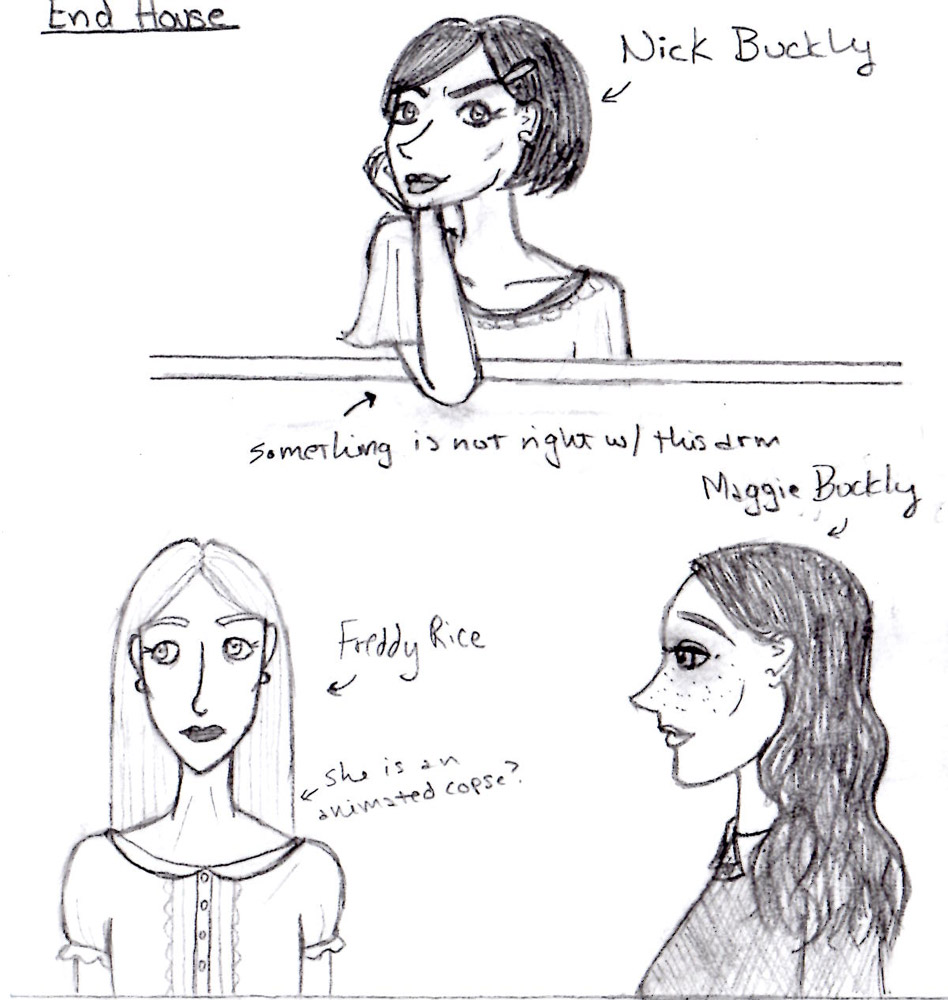