so, I had intended to post sketch 44 last Monday after my money diary wrap-up post.  unfortunately, halfway through the money diary post, I had to take a trip to the Ephrata hospital emergency room.  not for me, but for my dearest Chris.  allow me to set the scene... 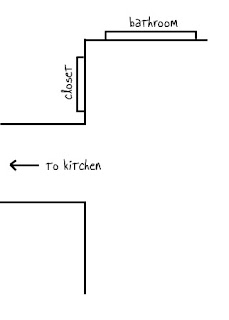 it is anime night at SteveMikeBobby's house.  all the lights are out for maximum viewing pleasure.  Chris goes into the bathroom to clean off his streaky glasses.  he turns off the bathroom light as he exits.  he cuts the corner a little close when attempting to enter the kitchen.

in the living room, we hear a loud thump.  we ask if he is okay, and he responds that he is fine.  there is a 30 second pause before he calls out to us - "maybe I am not as fine as I thought..."

long story short - he need five stitches in his eyebrow.  so you can see how that could cause a delay. 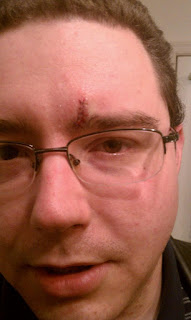 I don't really have an excuse for the rest of the week except usual busyness and lazyness.  but now you get two sketches together - isn't that exciting? 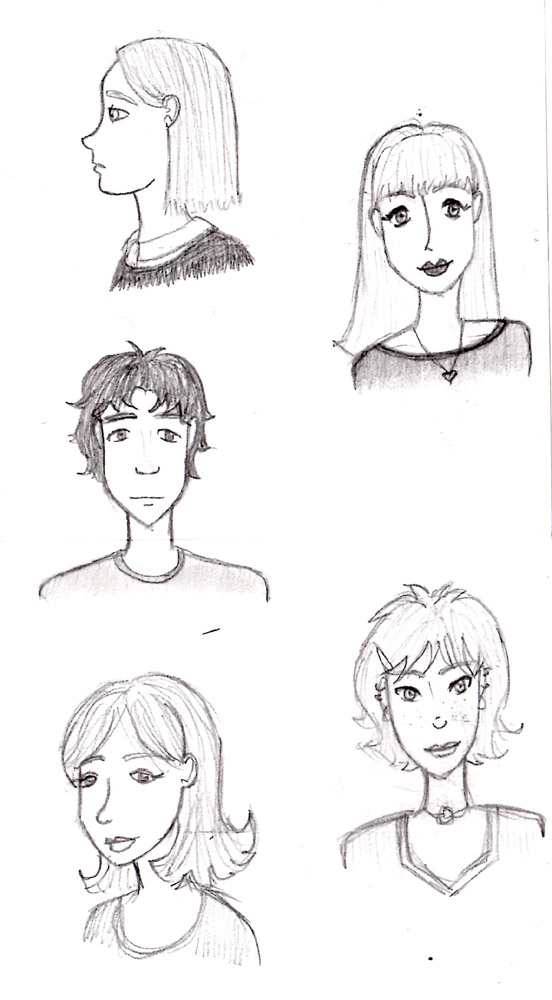 the one on the left is my creation, there really isn't any story there.  the girls on the right are from Wheel of Time, which has been quite the preoccupation this week.  we are about a third of the way through the Towers of Midnight audio book.
Posted by Kyra V. at 1:18 PM