So I bought some make-up today.  I know this is shocking; believe me, no-one is more surprised than I am.  A perfect storm of inspiration occurred and I couldn't fight the urge any longer.  Here, let me explain:
1) A few weeks ago I found all of my old make-up from 10th/11th grade in high school.  I used to wear a lot of make-up back then - I had some serious black eyeliner going on, and a variety of too-pale and too-dark lipsticks.  But it made me remember how awesomely goth I used to look.

2) Around the same time, I was also introduced to the show Oddities.  Two of the episodes featured Laura Flook, a clothing designer/model/artist/mortician who is just about the most beautiful person I have ever seen.  She was wearing a shade of lipstick I've always wanted to wear but never purchased because I was afraid it might be too much for my pale skin.  But she's just as pale as I am and she looked awesome in it.

3) As much as I hate to admit it, I have been spending an unreasonable amount of time watching YouTube make-up gurus juicystar07 and AllThatGlitters21 do their thing.  I don't understand my fascination at all, but there it is.  I watch their videos about their daily make-up routines and I am enthralled, even though my daily make-up routine consists of nothing but mascara.  I am having a hard time not going out and purchasing the recently recommended 88 color eyeshadow palette even though I haven't worn eyeshadow in approximately 11 years.  I mean, look at it.  All those colors.  It's amazing!  But I don't need it!

So really, it was only a matter of time.  Luckily I restrained myself from buying the eyeshadow set, but I did buy a lipstick in a color similar to Laura Flook, but better suited (I think) to my coloration.  Observe: 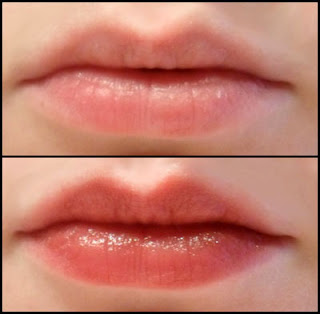 Not too much, just a darkening of my natural lip color.  Thoughts?  It is New York Color's Plum Rum.  And it was only $1.74 at Target!  I also bought black liquid eyeliner.  So if you see me around and you think I look a little more goth than usual, that's probably the reason.
Posted by Kyra V. at 7:37 PM