Say whatever you like about Rudolph's Shiny New Year

, but I was a big fan.  I mean come on, it's got everything - catchy songs, dinosaurs, Rudolph, a whale - what more could child-me want out of a holiday special? 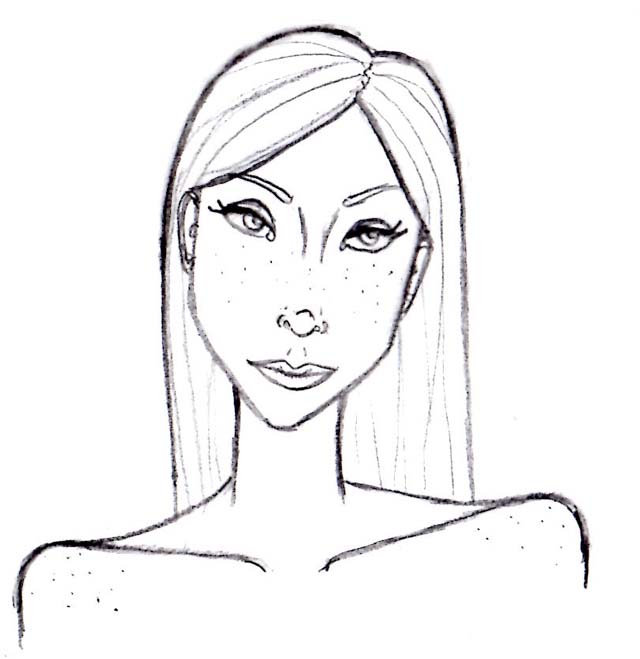 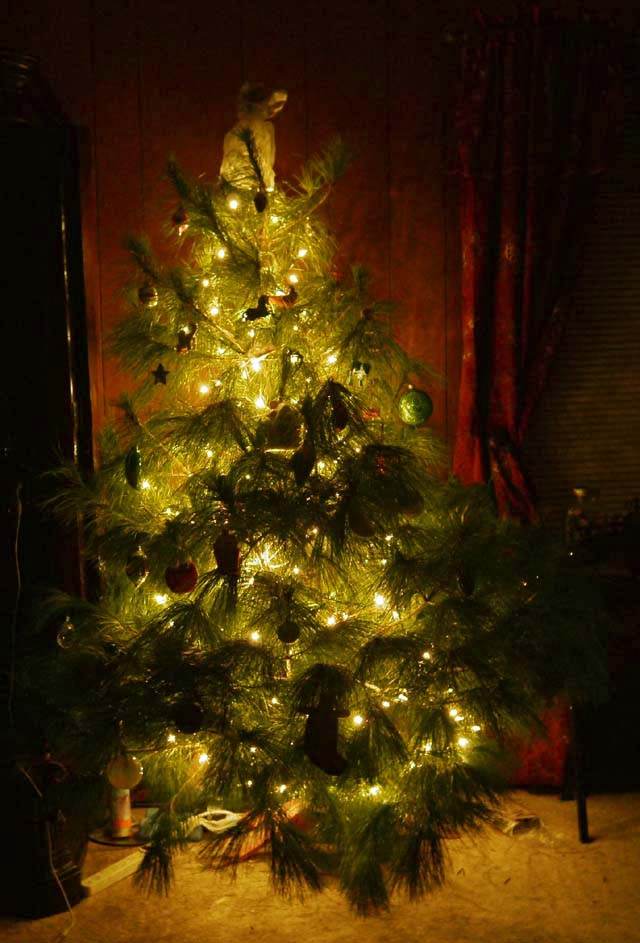 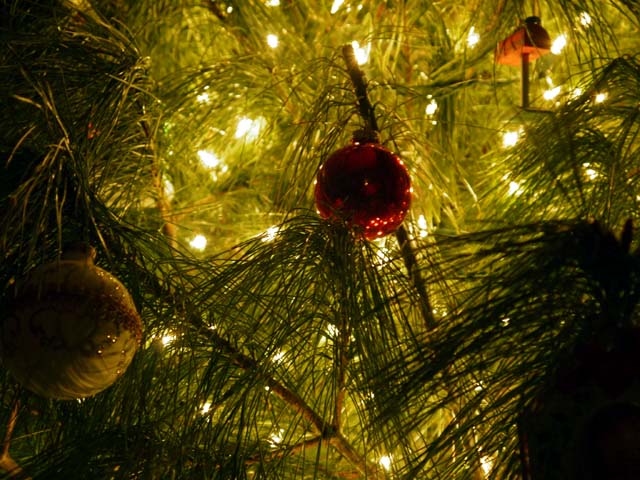 Chris picked the tree this year (we alternate years to keep things fair) and while I don't particularly care for long-needled trees, I gotta admit it's very pretty.
Posted by Kyra V. at 7:30 AM No comments:

In my family, we have a tradition of watching three Christmas movies during December - one every weekend until the big day.  They are Christmas Vacation, Home Alone, and Prancer.  Almost everyone has seen the first two, which is why I am featuring Prancer as my holiday special for the week.

Sorry for the cell phone photo, but I forgot my camera when we went to cut down Christmas trees this weekend!  I was all decked out in another one of my teenage boy weekend uniforms.  The sweater and jeans are both mens', while the shoes and t-shirt are unisex.  What can I say?  Man clothes are the best. 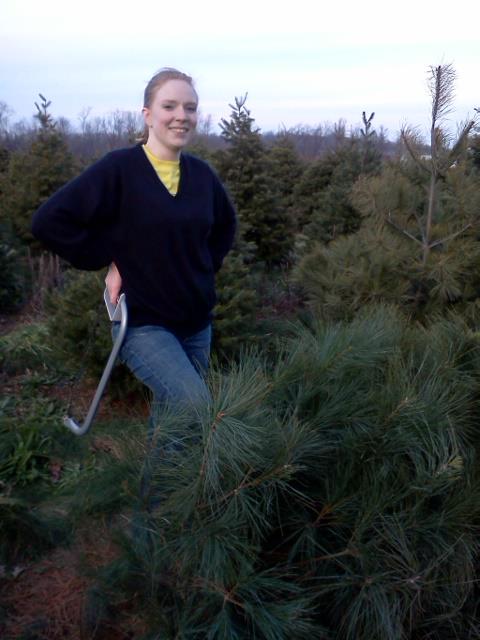 In case you were wondering, we got our trees at Plow Farms, a cute little local tree farm.
Posted by Kyra V. at 7:30 AM No comments:

s.  Here, take a look at these lyrics:

And in despair I bowed my head
There is no peace on earth I said
For hate is strong and mocks the song
Of peace on earth, good will to men

But the bells are ringing
Like a choir singing
Does anybody hear them?
Peace on earth, good will to men

Then rang the bells more loud and deep
God is not dead, nor does He sleep
The dark shall fail, the light prevail
With peace on earth, good will to men

I have a feeling this is supposed to be an uplifting, inspirational song, but I just can't hear it that way.  The very music itself sounds so sad and remorseful.  Of course light will prevail eventually, but it certainly doesn't feel that way.
Posted by Kyra V. at 7:30 AM No comments:

Sorry for a couple of missed posted this week, but my desktop computer was out of commission for a few days.  Yes, I know I've got two laptops - but the photos and stuff that I needed were on my main computer.  So there was nothing I could do.  Luckily it is all sorted out now, so posts should resume as scheduled.  Really need to upgrade this computer, though... 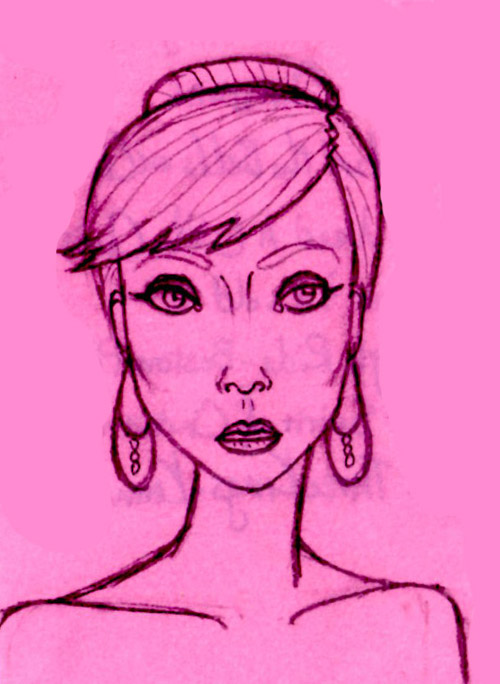 WIWW - I Will Wait

I like to call this look "weekend hobo" - I wear a lot of variations of this outfit on the weekends.  T-shirt, boots, baggy pants, crazy hat.  You could also call it my teen boy look.  What can I say - guys' clothes are so much more comfortable!

This shirt is from my trip to the New Jersey Aquarium over the summer.

I've probably mentioned this before, but I've been wearing these trusty Doc Martens since 1999 - and I bought them second-hand at the Goodwill for $3.50!  Best shoes ever.
Posted by Kyra V. at 7:30 AM 1 comment:

Today's depressingly accurate Christmas song comes to us from Greg Lake and is called I Believe in Father Christmas. I dare you to listen to these lyrics and not feel a tightening in you chest.

This pretty much sums it all up.  When you are a child, Christmas is this magical time filled with wonder and mystery.  But when you grow up, it feels increasingly more and more like a disappointment.  The magic is gone and Christmas is just another thing that can (and will) let you down.

It's been a while since I've done one of these.  But rather than try to cover everything that's happened in the last two months, I'll just cover the last two weeks and try to stay up to date from now on.  I'm not going to lie, these are mostly cat photos.  But I've been cuddling a lot of kittens lately, so I'm only keeping it real.

As I mentioned, Chris and I got kittens.  They were from the outdoors and were pretty gross, so we had to bathe them when they first came to live with us.  They recovered from that indignity very quickly.

We've been making peter pan collar necklaces during craft hour and I'm really excited with how they're turning out.

We went to Flanagan's for wings two weeks in a row - it's so nice to be able to walk to a restaurant from my house.  It makes me feel like I'm living in a sitcom.  We also went to Slick Willy's - a new go kart place that opened up in Wyomissing.  Only Chris and Grant actually used the go karts - I thought it seemed kind of expensive.  And there's just something about go karts that makes me a little uncomfortable.  But the food looks good and the guys seemed to have fun.

Having these extra cats has made it a lot more difficult to get anything done when I'm on my computer.

I spent Saturday with Kim and Dustin while Chris was away playing Magic.  We watched Dustin play Vice City for nostalgia's sake, and then demolished a bottle of wine and two bags of popcorn while watching a Finding Bigfoot marathon.  It was an awesome day.
Posted by Kyra V. at 7:30 AM No comments:

Remember my autumn goals list from back in October?  I'd say I did pretty well with them.
Fall Activities Day didn't end up happening because we couldn't manage to schedule everyone at the same time - October was a really busy month for my group.  And we did get pumpkins, we just never got around to carving them - they're still sitting on my front porch.  I'm thinking I might carve them for Christmas, or at least harvest their delicious seeds.

For the month of December, I'll be featuring some of my favorite, but possibly not as well-know, holiday specials.  I'm starting things off with Twas the Night Before Christmas

- a weird animated special that I never really understood as a child (and still kinda don't).


It seemed kind of petty for Santa to skip an entire town just because of one dumb letter from a mouse.  And speaking of that dumb mouse - what a trouble maker.  Not only is he responsible for the letter that so offends Santa, but he also breaks the only chance that the poor town has of assuaging him - a singing clock.  A singing clock?  Yeah, that also seems a little flimsy.  The whole thing is just strange. But that doesn't change the fact that it played a big part in my childhood Christmas tradition.

Recently (well, more like a year ago or so I guess), Chris and I watched the entirety of South Park (or at least as much as was available on Netflix) and I immediately recognized this song in season four's Christmas special.  So there I was laughing histerically and Chris totally didn't get the reference.  So is this special somewhat rare or is Chris just not very well versed in holiday television specials?  You tell me.
Posted by Kyra V. at 7:30 AM No comments:

As you probably know if you follow my twitter, we recently got two kittens.  They are sister cats from a family on my dad's postal route and they are extremely cute. 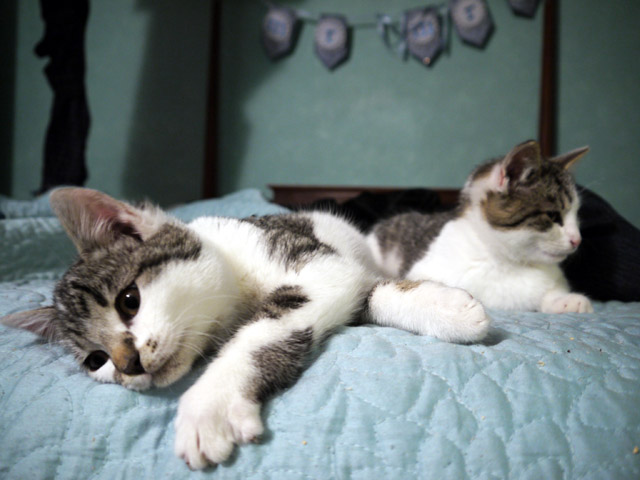 We introduced them to Mutz and Mako and it went just fine.  Honestly, I've never seen such a smooth and easy cat addition in my life - and neither has Chris.  Mako was a little nervous (okay, let's be honest - he was terrified of them) at first, but he's quickly warming up.  Mutz could literally not care less about them.  Here's the video I took of their introduction to him.


As you can see, he was completely unimpressed with all of their hissing and arching.  He wanted nothing more than to sniff them.  Now that he's satisfied, he hasn't given them much notice at all.  He minds his business and they mind theirs.

I just want to make it abundantly that these kittens in no way serve as a replacement for Morgaine.  No-one will ever replace her.  But Mako needed a playmate and these kittens sort of fell into our laps in a very bizarre and convoluted chain of events.  Who am I to argue with fate?
Posted by Kyra V. at 7:30 AM No comments:

WIWW - Over The Fields We Go

For this week's shoot we returned to the field where July 18th's WIWW photos were taken.  It's amazing what a difference five months can make.  Now everything is dead and brown - but still beautiful in a different way.

It was unseasonably warm, so I broke out one of my favorite summer work shirts for one more run before winter really kicks in.  This shirt is old and pretty worn and I should probably retire it, but I just love it so much.  The color, the cut, the weird lace detailing - it all comes together so perfectly (to me anyway).

Gnometale's recently got a new camera and  it has this bizarre setting to make it look like your photos were taken at night?  I don't really get it, but it looks totally awesome, don't you think?

I've decided to showcase a few of the most accurate (in my opinion) Christmas songs.  First up is We Need A Little Christmas

by Percy Faith and His Orchestra and Chorus.

I don't know about you guys, but that paints a decent picture of how the holiday season feels to me.  There's a very tiny window of opportunity for feelings cheerful and joyous - and if I miss it I'm  pretty much out of luck.  How will things go this year?  We shall see.
Posted by Kyra V. at 7:30 AM No comments:

This year I hosted Thanksgiving at my house for the first time.  I gotta say, it was pretty great.  Probably one of the best Thanksgivings ever, I'd wager.  Here are a few photos from the event.

The turkey was a fresh, never frozen, free range turkey from Weaver's Orchard.  It was super delicious - it tasted different than our usual frozen grocery store turkeys in a was I can't really describe.  And I made some amazing stock from the remains.  I'm so glad that the kitchen was (mostly) finished for this - it makes such a difference!
Posted by Kyra V. at 7:30 AM 1 comment:

Okay, so it's time to catch up on all the sketches I've missed since August.  This is gonna be a pretty image-intensive post, so you can see the sketches after the cut:


So I've been slacking off here a lot, I know.  But starting tomorrow I'm going to try to post every day this month - we'll see how that goes.  I have a schedule planned out and everything.  Stay tuned.
Posted by Kyra V. at 12:00 PM No comments:

I have agreed to participate in No Makeup November,  Since I have white eyelashes and feel quite naked without mascara, I only committed to one week without makeup.  Here's some photographic evidence.