Last night we lost The Mutz. 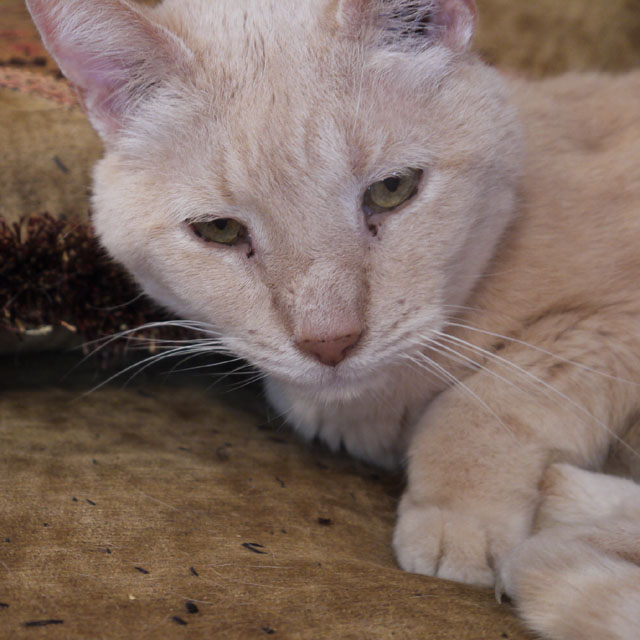 He'd been declining pretty rapidly for the last two weeks.  I thought for sure he wouldn't make it through the night last Saturday, but that little guy was the toughest and most stubborn cat I've ever met.  He fought fate as hard as he could, right up to the very end. 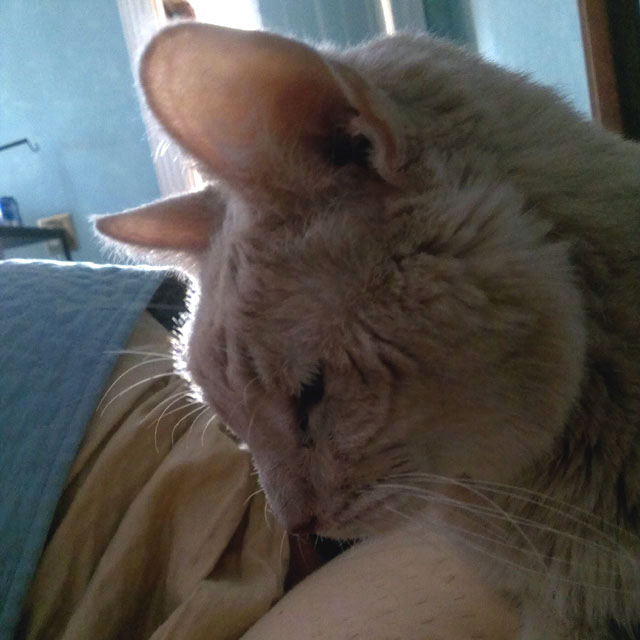 The story of Mutz's life is a good one.  Chris found a cat while delivering papers as a child.  He brought her home and she had kittens.  Mutz was one of those kittens.  He and Chris were together from then on.  Mutz had his 20th birthday last month. 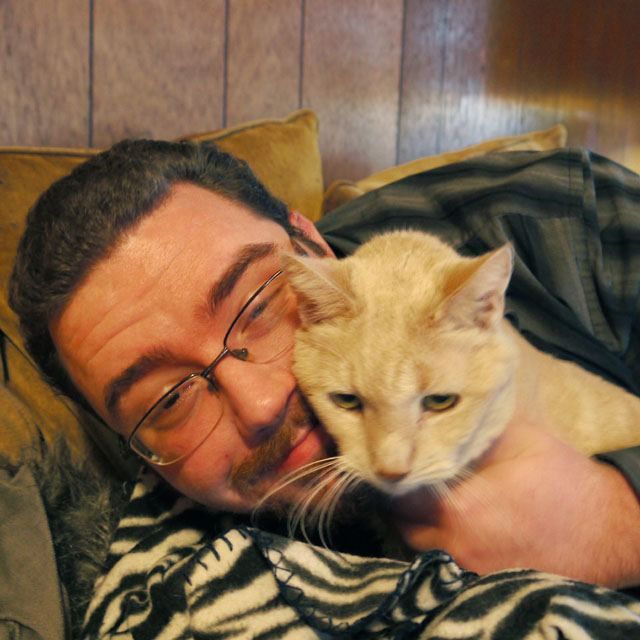 Even though I only had the pleasure of living with The Mutz for 4 1/2 years, I can't even express to you in words how difficult it has already been to live in a world without him.  He was so talkative, and had so much personality; this house feels empty without him. 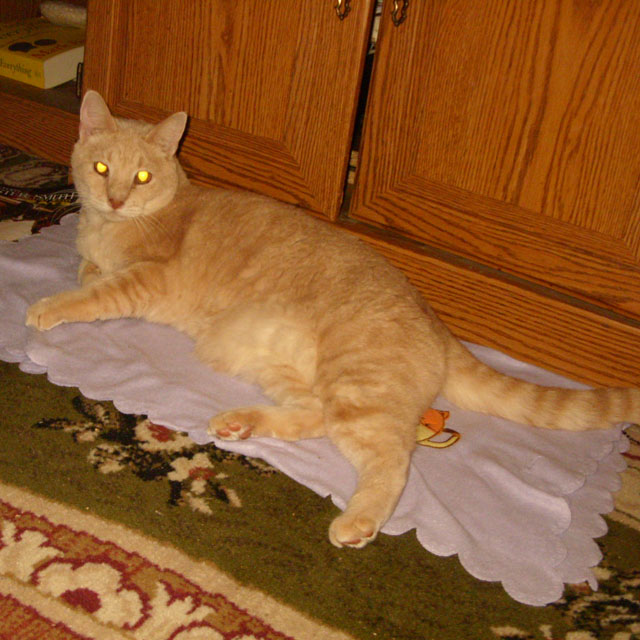 The Mutz pretty much inserted himself into everything.  Like Chris says, he was more like a third person in the house than a cat.  And he was determined to be a part of everything. 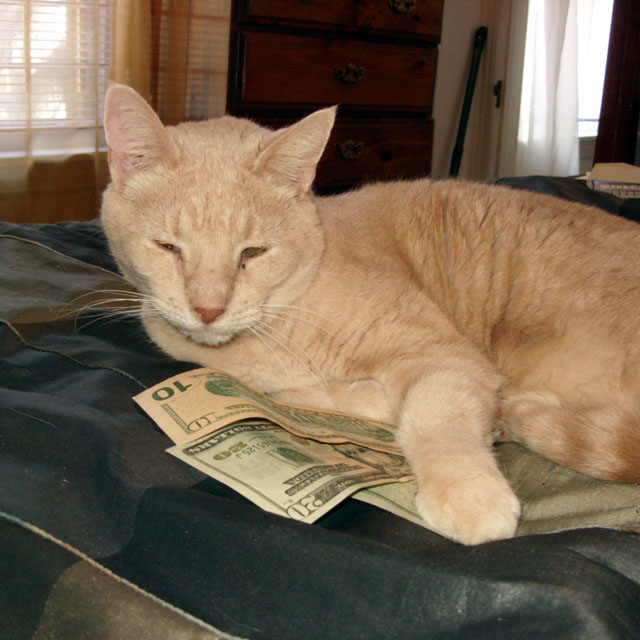 Just like with Morgaine, there is no place I can go that isn't filled with Mutz memories.  I jokingly said to my mum last night that we are going to have to move - this house is just too full of cats that are no longer with us.  My ears are straining to hear his meows, his claws tapping on the floor.  I took a few steps towards the living room to wake him up for breakfast this morning before I realized what I was doing. 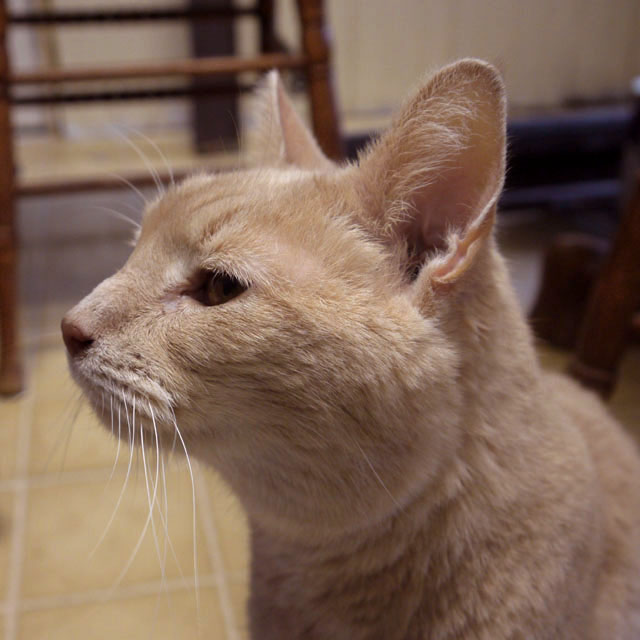 It's such a terrible adjustment, to lose a loved one.  That the world somehow continues to go on even though it is now missing someone so very important is just unimaginable.  I just washed dishes and wept the entire time because The Mutz was not standing behind me the whole time shouting for Mutz Milk. 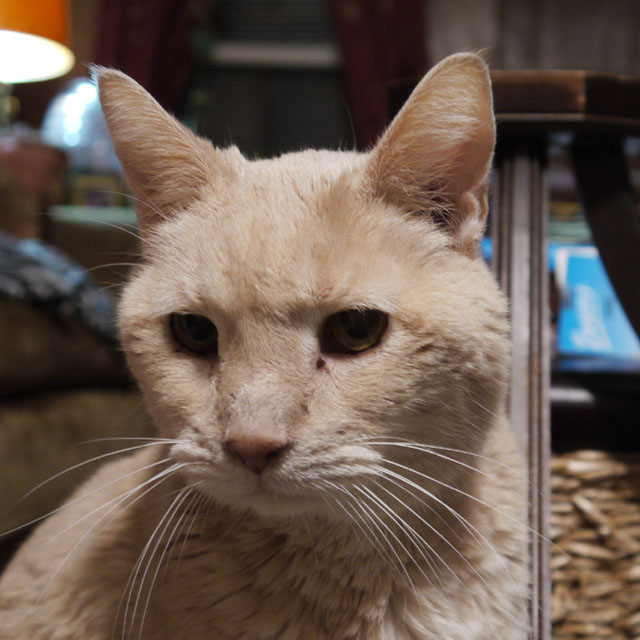 Chris says that I'll probably find that Mutz was standing behind me and shouting the last time I did anything.  And it's true - because that's just how great and terrible The Mutz was.  He was the smartest, most beautiful, softest, and most determined cat I've ever had the pleasure of knowing. 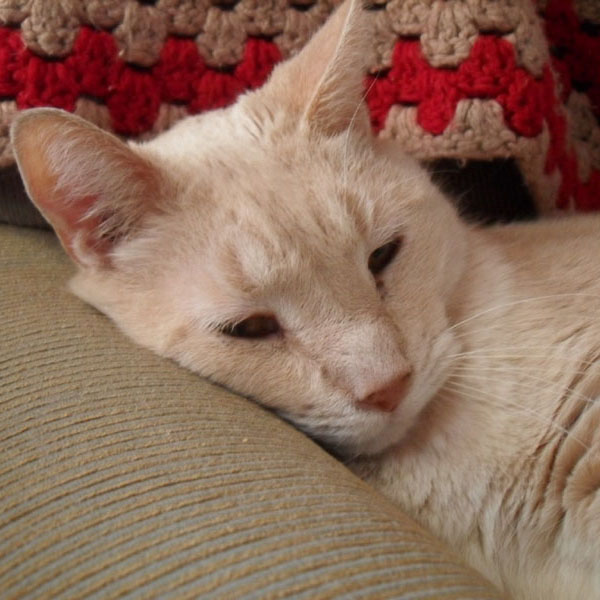