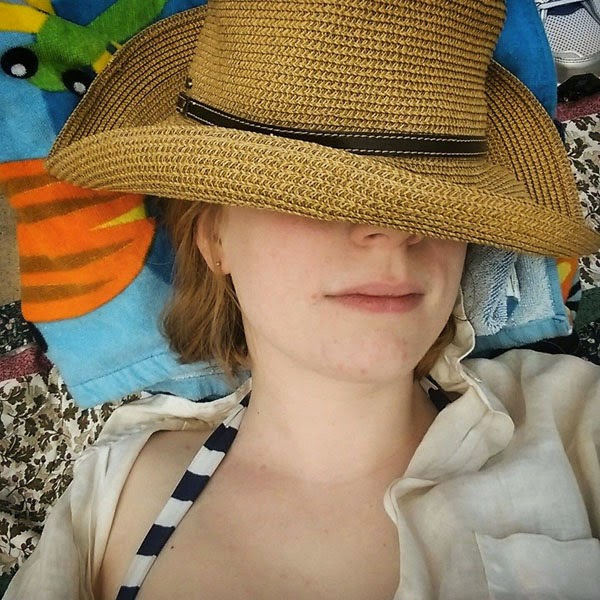 It seems I've been away for two months.  Whoops!  I know I'm breaking a major rule of blogging by addressing this fact, but I feel a great need to talk about it.

I'd like to say that I've been busy doing important things, but that would be a lie.  I've been watching Supernatural (I love it so much, even though it's embarrassing to admit) on Netflix with Chris.  I've been doing some gardening.  I've been cleaning up the house (with great help from my sister) and trying to get into a routine of keeping it that way.  I've been working out and trying to eat in a more healthy manner.  Basically, I've been enjoying life.  It may sound boring to many of you, but I've been having a great time of it.  And that's why I wanted to make this post, I think.  To reassure anyone who might think I've been absent because I've fallen into a depression or something - the truth is the complete opposite!  It was feeling like too much of a chore to force myself to update when I'd much rather be doing something else, so I just didn't.  And that's fine, because this is a thing I do for fun and I want it to stay that way.  But lately I've been missing it, and so I'm coming back.  I'm working on a bit of a design update, about which I'm pretty excited.

So yeah, the short story is that you can start checking back here for updates and stuff.
Posted by Kyra V. at 10:08 PM